Hybridity, Identity and Micro-cosmopolitanism in the Ionian 19th century

The Ionian Islands, a complex of seven islands off the west coast of the Greek peninsula, historically and culturally constitute a contact zone between the Greek-speaking world and the West. In the 19th century, the islands, a former Venetian colony, experienced French and British colonial power before their incorporation in 1864 to the Greek state. This study focuses on the process of transformation of hybrid, cosmopolitan pre-national cultural identities into national schemes of appropriation and affiliation. Here, cultural agents, networking across linguistic, cultural, confessional or other borders, are exemplified by the example of the Lountzis brothers and their special link to the German-speaking world, its philosophy and its poetics. In this study, translation is scrutinised as a field of identity negotiation. It is also understood as a gesture of kinship with larger literary communities in the wider spectrum of the mobility of knowledge and ideas enabled by 19th century mystical sectarianism. The author of this book traces local micro-cosmopolitanism in the form of readership and identity performance, while cosmopolitanism, nationalism and sectarianism are viewed as interacting factors in the transformation of cultural, social and national identities in 19th century Europe.

Michail Leivadiotis is postdoctoral researcher at the Cluster of Excellence 'EXC2020 Temporal Communities’, Freie Universität Berlin. His work is centred around cultural mobility and the political and aesthetic parameters of Byzantine cultural heritage management programmes as emerged from the encounter between Byzantine scholars and western Humanists, eastern medieval imagery and Italian Renaissance, classical tradition and early modern Europe. Previously, he worked as Research Assistant (2017-2020) at the same University in the Project: "Viaggio da Berlino a Zante or Romantic Poetics and German Idealism on the Ionian Islands", financed by the Einstein Foundation, where he pursued research on Identity, Hybridity and Cosmopolitanism in the context of cross-cultural communication between Greece, Italy and Germany in the 19th century. In 2016 he received his PhD with a dissertation on cultural transfer and poetics. His work focused on manuscript translations of German speculative philosophy and romantic poetology, realised by N. Lountzis for poet D. Solomos. Within this framework, he received a Research scholarship by Elsa-Neumann-Stipendium and studied as a guest fellow at the Scuola Normale Superiore di Pisa (Italy). In 2004 he received a Master's degree in Translation Theory at the University of Rome "La Sapienza" (Italy). His thesis presented the first Italian version of the script of Theo Angelopoulos' movie The Reconstruction. In Venice, he received a Professional degree (2003) in Museology, and worked at the Foundation Musei Civici Veneziani (Museum Correr), where he specialised in cataloguing of ancient books (1500-1800). He studied Medieval and Modern Greek Philology at the University of Ioannina (Greece) 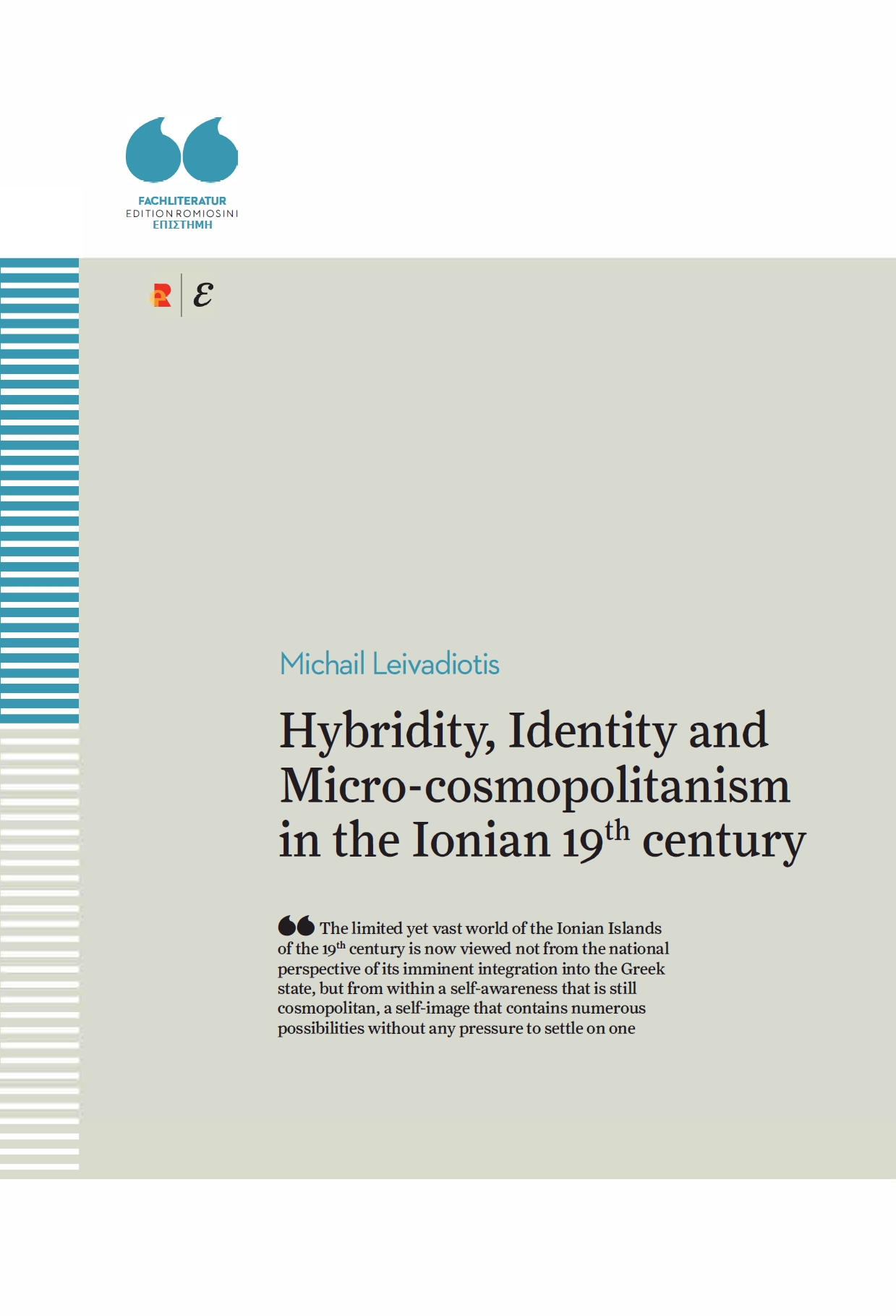